I was on vacation this past week. It was kind of sudden so I decided to just do things I normally would be daydreaming about at work. I went to the Glenbow Museum (post for another day - the coolest exhibition of period costumes from movies!), had a massage, got my hair cut and visited fabric stores and yarn stores. It was a really nice break. I hardly touched my computer (a vacation in itself as my entire job is on the computer at work), watched TV, read and cleaned & organized things in my apartment.

The one thing I had planned to do but was dreading was going to the mall. I don't know if I'm missing some girly gene but I really don't like trying on clothes and I hate going to the mall if I really need to buy clothes. (Oddly I love people watching at the mall but only if I don't have to buy anything). So I put it off and ended up not going.

However... As I mentioned, I did go to the fabric store, where they sell fabric (you see where this is going, right?)(also the title of the post probably gives it away). 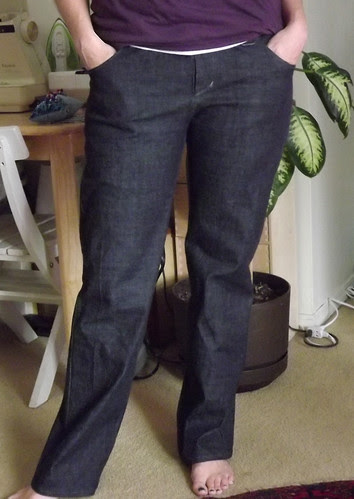 I used the pants pattern from Sew U with my alterations from the last pair I made. The original pattern is quite flared at the hem so I redrew the pattern to make more of a boot-cut. I forgot to make the changes to the waist area I had wanted to make after the last pair so they could fit a bit better in that area but I'm really happy with them. 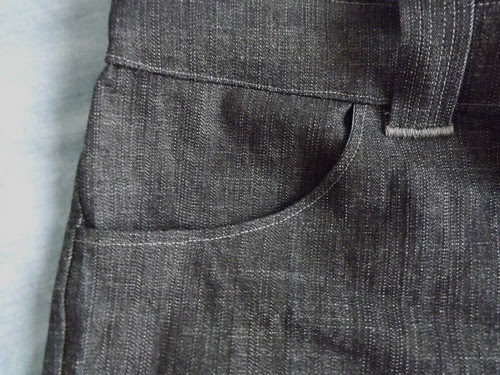 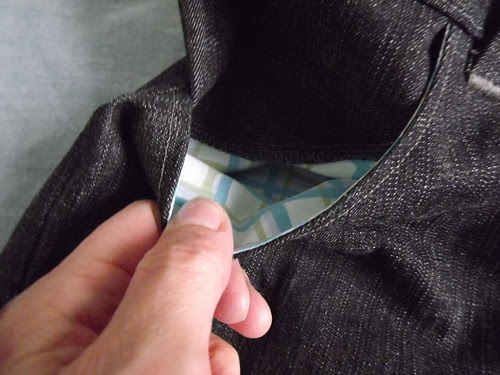 I made inset pockets (not sure if that's the right term) and lined them with some blue plaid from stash. The original pattern only had patch pockets so I figured these out for the last pair I made. (not sure why they look black in the close ups but the denim is a really dark blue). 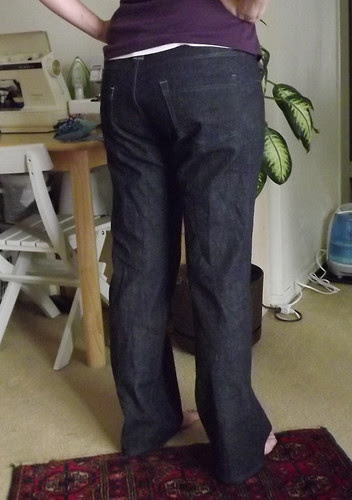 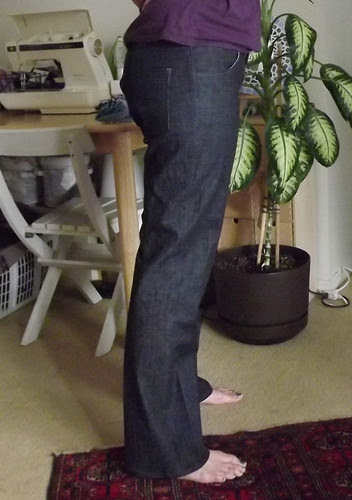 The fabric is still a bit stiff and my hands were blue when I finished so I'll wash them another time before I wear them. The denim has 2% Spandex so they're very comfortable.

I bought some cotton canvas to make another pair of pants, but that can wait for another day. For now my knitting and the couch are calling my name. It's definitely fall now and I have a lot of wool to make my way through.